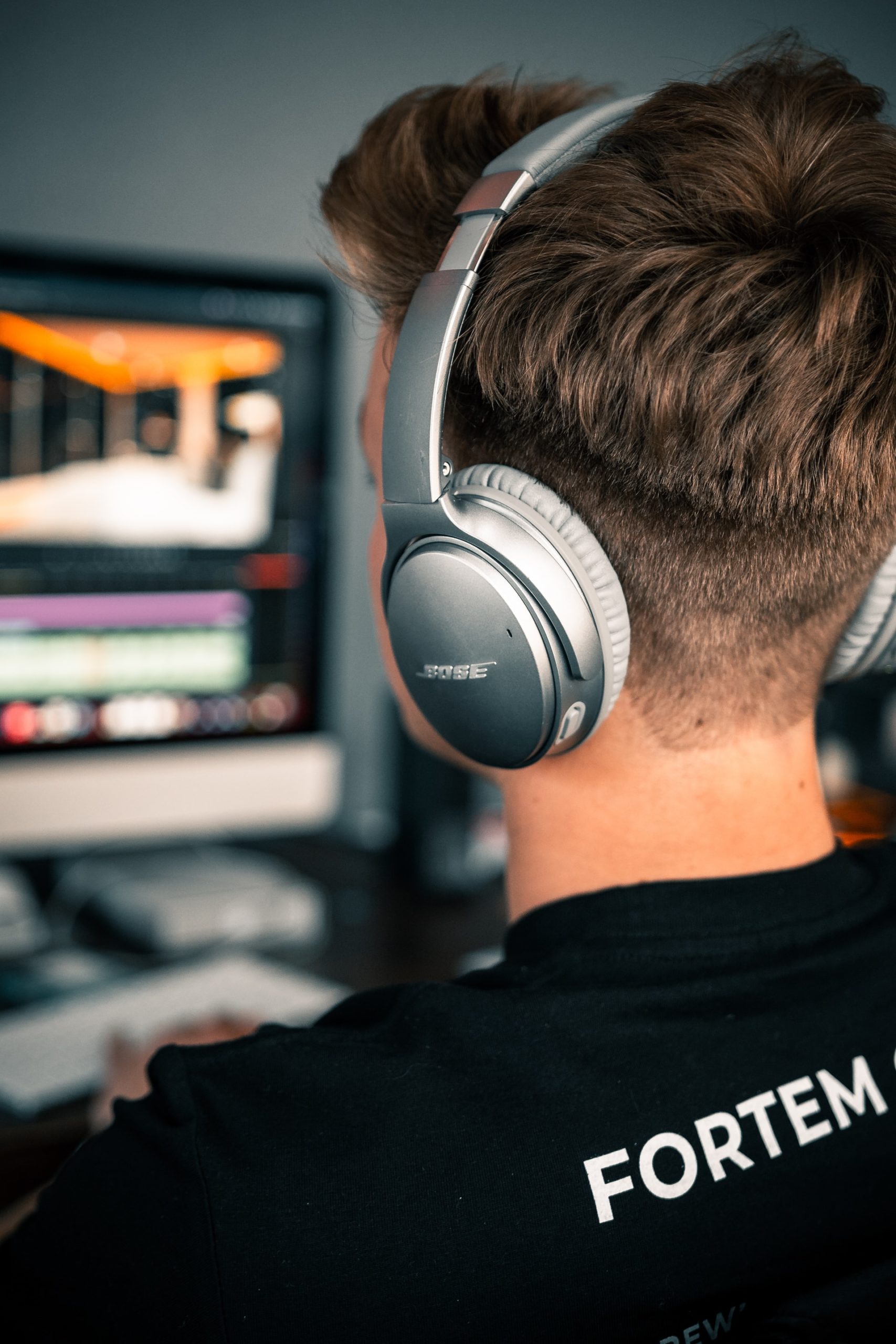 Top Types of Music for Focus

At The Zensory, we are massive believers in the power of music for boosting brain power, evoking emotions and getting us into states of ‘flow’. Research has found that certain types of music can be hugely beneficial to us while we work. Some types of music seem to help with learning and improve our ability to process information. Other types help block out distracting background noise. Still other types sync with our brain waves to induce “eureka moments.”

“Music has the potential to take a person from the Beta brainwave state to deeper Alpha, and then Theta brainwave states, depending on the music,” says Dr. Masha Godkin, a professor at Northcentral University.

The absence of words in the music may be one factor, as songs that contain lyrics have been found to be a distraction when you’re trying to focus. And classical music is known for being calming, relaxing and helping reduce stress. This genre of music has been found to help students perform 12 percent better on their exams. Some selections, like Beethoven’s “Für Elise,” seem to help students study longer and retain more information.

Why do ambient and classical music improve focus?

What do these genres (or, at least the songs we used in our test) have in common? Well…

This has been demonstrated in the conclusions of Dr Haake, whose research on the link between music and work productivity suggests that musical complexity and the presence of lyrics are two major factors that increase a piece of music’s likelihood of being distracting.

“Ambient music must be able to accommodate many levels of listening attention without enforcing one in particular; it must be as ignorable as it is interesting,” says Brian Eno, creator of Music for Airports.

2. Happy Music is Better for Productivity than Sad Music

Uptempo music has been shown to improve performance, alertness, and precision when completing routine or repetitive actions. Studies recommend listening to this type of music without lyrics, but if it has lyrics, the words should either be familiar or non-obtrusive.

A separate study² by Dr Haake found that the more complex the work and tasks are, and the more introverted the person is, the simpler the music they listen to should be as reflected in the beats per minute & density of the music. (Haake, A. B. (2010). Music listening in offices: Balancing internal needs and external considerations (Doctoral thesis, University of Sheffield, Sheffield) accessed from www.musicatwork.net)

Listening to the sounds of nature, like waves crashing or a babbling brook, has been shown to enhance cognitive function and concentration. Nature sounds work best when they’re soothing sounds, such as flowing water or rainfall, while more jarring noises such as bird calls and animal noises can be distracting.

Researchers at Rensselaer Polytechnic Institute have discovered that natural sounds boost moods and focus. The study found employees were more productive and had more positive feelings when nature sounds were playing in the background while they worked.

This may be because nature sounds helped mask harsher, more distracting noises, such as people talking or typing. Researchers found that workers not only performed better on tasks, but calming nature sounds also had a restorative effect on cognitive abilities.

A study also found that listening to “natural” sounds can enhance cognitive functioning, improve your ability to concentrate, and boost your mood. The sounds of water trickling down a stream, or the waves crashing on the shore – all these can have a positive and soothing impact. Your mind blocks out other distractions around you as you stay focused on your work and the gentle sound of the birds chirping.

Recent research has shown that high-frequency binaural beats have a significant impact on the global precedence effect: suggesting that visual attention becomes more focused while working. This can suggest that listening to gamma binaural beats entrains gamma band activity in the brain and in real terms, this translates to increased focus while working! The research findings bring convergent evidence to the idea that binaural beats can affect and enhance cognition (Lane et al., 1998; Reedijk et al., 2013, 2015).

An intense film score can make you feel like you’re doing something inspiring or important, even if you’re just chipping away at your to-do list. A grandiose, epic soundtrack playing in the background may make even the most mundane tasks feel like you’re changing the world, thus heightening your concentration and productivity.

Cinematic music scores can be empowering, lifting your spirits and brightening your mood. So, if you’re feeling tired and drained, try listening to some epic-style cinematic music to give you that extra boost of motivation.

It might seem strange, but listening to music composed for video games can be a great tool to help you focus. Every element of a video game is designed to create an enhanced gaming experience for all your senses, and the music has been composed specifically to help you focus on your task without being distracted by a cacophony of sounds.

This music generally has no lyrics or human voices and is fairly fast-paced to keep you moving forward. Many of these video games involve solving puzzles and dealing with intense situations, so you’re subjecting yourself to simulated stressful challenges. Video games have invested a lot of resources in figuring out the perfect balance to the music they use.

Video game music is composed in a way that keeps you engaged as you evaluate, navigate and often fight your way through these make-believe worlds. These musical compositions may be just the thing to propel you onward and keep you zooming through your tasks and daily to-do list.

Psychology professor Siu-Lan Tan studied participants performance as they played the game “Twilight Princess (Legend of Zelda).” They found that those who played without the music or sound effects scored lower compared to those who had it on. The bottom line is that if you want to break your high score at work then video game soundtracks might just do the trick.

Some research suggests that it’s not the type of music that’s important in helping you stay focused and productive, but the tempo of that music. Studies have found that music with 50 to 80 beats per minute can enhance and stimulate creativity and learning.

Dr. Emma Gray, a cognitive behavioral therapist, worked with Spotify to research the benefits of certain types of music. She found that listening to music set in the 50- to 80-beat range puts the brain into an alpha state.

When we’re awake, we’re typically in a state of mind known as beta, a heightened state of alertness where our brain-wave activity is between 14 and 30 HZ. When our brain slows to between 7 and 14 HZ, we’re in a more relaxed alpha state of mind that allows us to be more receptive and open, and less critical. This state of mind is what scientists associate with activities that involve our imagination, memory and intuition, including our “eureka moments.”

If you have ever listened to music that you’re familiar with, only to find yourself deep in thought and not really hearing the music at all, this is an alpha state induced by music. You’re tuning out while being tuned in.

It works best to find songs you’re familiar with and set at 50 to 80 beats per minute. Here’s a playlist of songs in that range, including these popular tunes:

When it comes to tackling projects that you’re not really excited about, it can help to put on music you enjoy. Studies have found that putting on your favorite type of music can improve your mood and productivity.

Teresa Lesiuk, an assistant professor in the music therapy program at the University of Miami, found that personal choice in music is important when deciding what to listen to while working, especially for those who are moderately skilled at their jobs. Her research found that participants who listened to music they enjoyed completed their tasks faster and came up with better ideas than those who didn’t because the music helped them feel better and improved their mood.

The only time this didn’t hold true was if the music participants listened to was distracting, such as having a beat that was too fast or lyrics that caught their attention.

So, the next time you need to plow through a mountain of paperwork or stay focused on a task, try turning on your favorite tunes.

Several studies have concluded that background music increases work productivity when the task at hand is clearly-defined and repetitive in nature but has negligible or adverse effects when the task is more complex or less defined. An example of the latter is when the task requires absorbing or retaining new information, such as learning a new language.

When it comes to absorbing & retaining new information distraction in any form is a big no-no.

According to this research, music is no exception. Participants in the study had a more difficult time recalling a complex task when they had listened to music.

If you have any feedback for us, please let us know at hello@thezensory.com or let us know which songs help you focus best! You can also sign up for our upcoming Beta app here which will include lots of wonderful multi-sensory experiences for you to use to help get you into states of increased focus, relaxation, positivity and relaxation in the new normal! Enjoy!